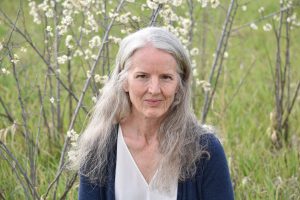 Pamela Logan can usually be found with her head in the clouds, moving uphill.  At the age of 19 she took up karate while pursuing an engineering degree at Caltech. She later got an aerospace PhD from Stanford; but then left her career as a scientist to investigate the warrior tribes of the eastern Tibetan plateau, in a region known as Kham.  Not long after that, she worked for the China Exploration & Research Society restoring Tibetan temples and probing Silk Road ruins.  In 1996, Dr. Logan was named Woman Explorer of the Year.  The following year she started Kham Aid Foundation, a nonprofit that operated for 14 years assisting people in eastern Tibet with their needs for education, health care, cultural preservation, and economic opportunity.  For more about KhamAid’s work in Tibet, go here.

In 2007, Logan started a third career when she took a job with the US federal government as a cleaner-upper of radioactive contamination at the Hanford site in Washington State. Later she moved to a different agency where she her job is to stop federal contractors from gouging American taxpayers.  In her spare time, she still teaches karate and continues to advance the cause of assistance to Tibet through publication of books and articles that raise awareness of the needs of Tibetans. She now holds the rank of fifth degree black belt and teaches at Boulder Shotokan Karate.  In 2020, responding to the COVID-19 pandemic, Logan began producing a series of training videos called “Karate at Home, Alone.”

Logan is the author of three books – the latest being a chronicle of Kham Aid Foundation’s projects.  It’s called Compassion Mandala: The Odyssey of an American Charity in Contemporary Tibet.  Her earlier books are Among Warriors and Tibetan Rescue. She is an accomplished public speaker, having delivered invited lectures at Columbia University, Wellesley College, Royal Geographical Society of Hong Kong, Asia Society, Explorers Club, Foreign Correspondents Clubs in Hong Kong and Beijing, and others.  You can find her on Twitter as @pamkhamaid and Facebook as BooksbyPamelaLogan